Added Jasper Flats to the course line-up. It’s a horse farm. Complete with moving horses and a train…. because uh. And gigantic wind turbines for the green peoples.

I was going to make a farm, but with the brewery course that I made, now called “Bearboon” – I decided to make a horse farm stable thing instead. It looks great and it’s fully optimized. I’m getting 300+ fps on the computer. Now I am off to re-do the first prototype course. A Japanese theme with a dragon lake. This version will be a little more realistic and have a better scale. You live/program…you learn. Almost ready for play tweaking. Hoping to be in Alpha / Beta by August. WOW! 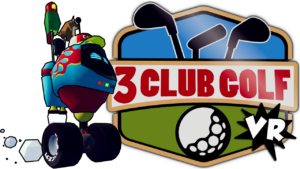