I decided to scrap the system that running the game scores and menus. I was using an asset called game framework , but I modded the heck out of it and it was always giving me problems. I’m glad to say that I am 75% done with its replacement. It’s so much simpler, looks similar, does more things that I need in my game and it works and it is hard to break. I am currently working on the “cheat” system for testing so that I can, in VR, change the game parameters and fix any problems.

Looking back, I probably spent 3-4 months of dev time modding the game framework asset. I thought it would be the way to go, because I plan to make an android/ios version later and this asset was designed with mobile in mind. Anyway, I am glad that I am making my own custom solution. And, at least I learned a lot.

In other news, I have merged the new audio tracts into the game and I working on an audio system that allows dynamic controls of ambiance, fx, music, and menu sound levels. Sometimes, I think that I really didn’t have to do so much and could keep it so much simpler…but I like that the game feels like a complete experience with a story and real graphics and all the goodies.

Also, the logos of the worlds / jobs are in place. And… the mystery of the transition between scenes has been solved. And… my dev notes are updated to include the new game system. Now back to coding. 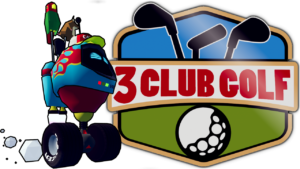